The Letter to Father, written in 1919, is regarded as the key to Kafka’s life and works. This striking witness to a troubled father-son relationship is unique in world literature. Both an indictment and a self-analysis, it provides the reader with a view into the author’s complicated inner life. In an inescapably vivid style, Kafka settles the score with his overpowering father: “Sometimes I imagine the map of the world spread out and you stretched diagonally across it.” The letter was never sent.

My vanity, my ambition suffered under your greeting for my books, which quickly became familiar to us: “put it on the bedside table.”

Whenever anyone was happy about something, they just had to come home and mention it to be answered with an ironic sigh, a shake of the head: “What a fuss!” 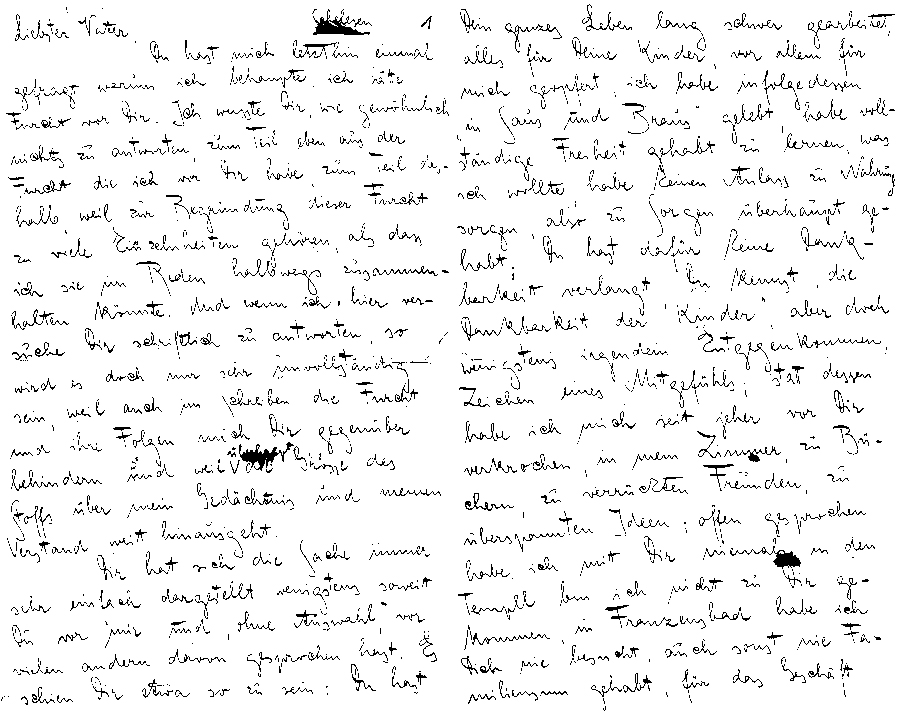