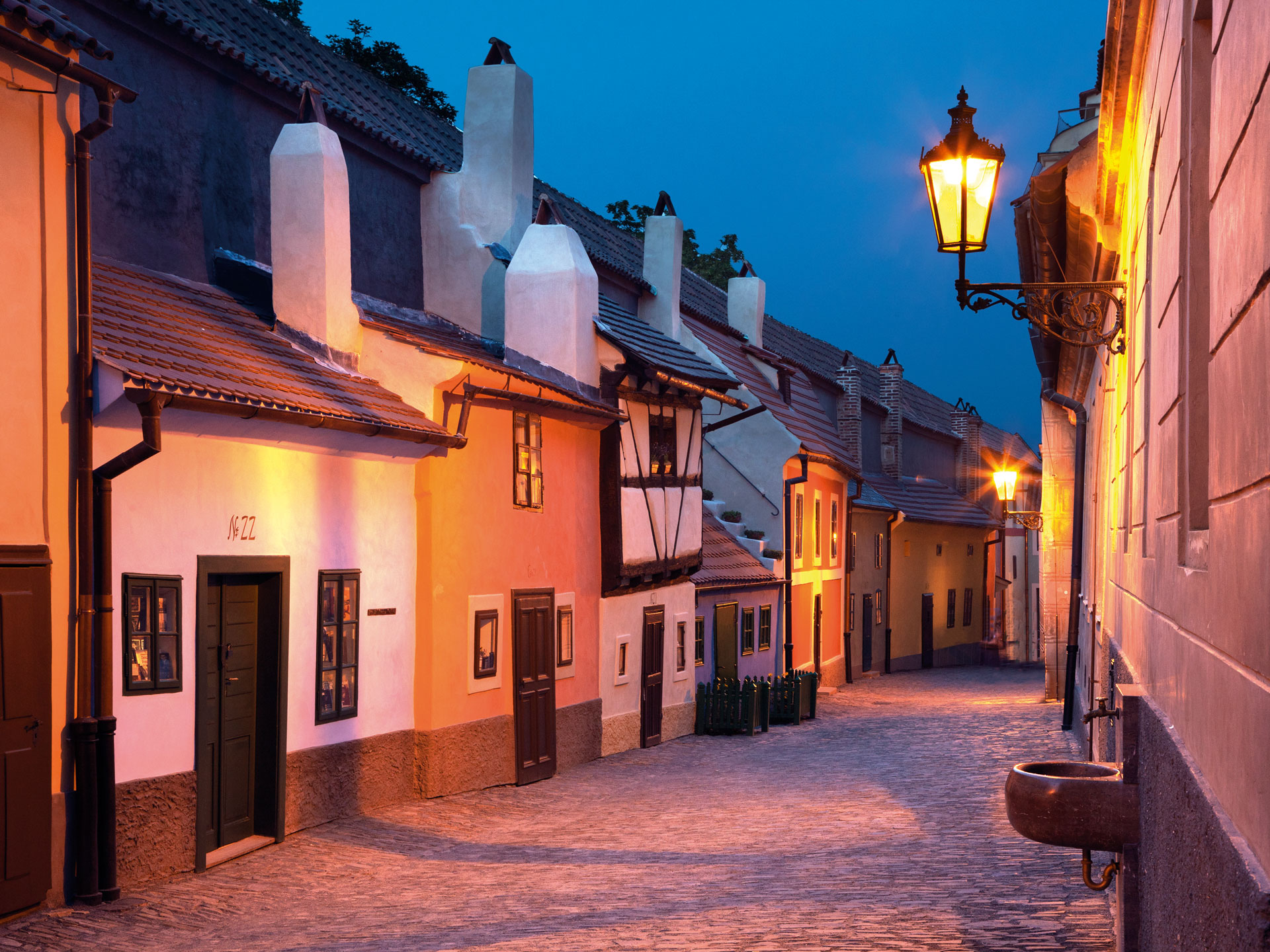 The Vitalis Bookshop at Golden Lane

Vitalis’ little bookshop at 22 Golden Lane is housed in one of Prague’s most significant literary sites: in 1916/17, this romantic little house was where Franz Kafka, then aged 33, withdrew to write. During the Second World War, the Prague publisher Otakar Štorch-Marien also lived in this modest dwelling for a time.

The bookshop is open every day with opening times varying according to season (in summer it is open late into the evening). The shop focuses exclusively on Vitalis titles – all our books can be found here at the best prices in Prague. Special offers are often available. Kafka fans can choose from a wide selection of books, notebooks, pencils, posters etc. As well as books in German, English, French, Spanish, Italian, Russian, Chinese, Czech and Korean, we offer beautiful postcards, mini-calendars and a collection of magnets with Prague motives. A word of warning! Before you can enter Golden Lane, you need a ticket for the Prague Castle. From April to September, however, you can access the Lane without a ticket after 5 p.m.; from October to March free entry is from 4 p.m. onwards. 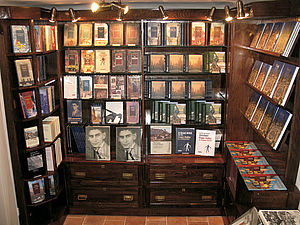 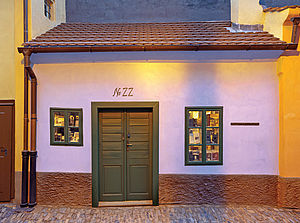 "Just for fun we inquired in the little lane. Yes, a small house would be available to rent in November. Ottla, who was also looking for quiet, but in her way, fell in love with the thought of renting the house [...]

It had many initial drawbacks; I don’t have enough time to tell of the development. Today it suits me completely. In every way: the beautiful path leading up, the silence there, only a thin wall separates me from a neighbour, but that neighbour is quiet enough; I carry my supper up there and usually stay until midnight; then the advantage of the way home: I have to decide to stop working, I then have a walk that will cool my head. And life there: it’s something special to have one’s own house, to lock the door on the world, not the door of a room, not that of an apartment, but actually the door of a house, to step out the door of your living quarters into the snow in the silent street. The whole thing twenty crowns per month, furnished by my sister with everything necessary, looked after as little as needs be by the little flower girl [Ottla’s pupil], everything in order and nice."

"Just for fun we inquired in the little lane. Yes, a small house would be available to rent in November. Ottla, who was also looking for quiet, but in her way, fell in love with the thought of renting the house....“

From late autumn 1916 onwards, a whole series of major texts by Franz Kafka were written in this romantic spot, including the stories that would be published in the 1920 collection A Country Doctor. Kafka generally spent his evenings in the little house in Golden Lane, after he had finished work for the day. He could not stay in the small room overnight, however, so he usually left in the early hours or towards “midnight down to the city by way of the Alte Schloßstiege [Old Castle Stairs]“ and returned to his apartment in the Old Town via what was then the new Mánes Bridge and Karpfengasse [Kaprová].