The masterly novella The Poor Musician, which dates from 1848, undoubtedly forms a firm part of the stock of classical narrative. The Austrian playwright Franz Grillparzer (1791–1872) combined a framework of personal contemplation with the actual plot – the tragic love story of the musician Jakob, in which certain themes from the author’s life can be recognized.

Kafka loved the story of the poor musician. He read to his sister Ottla from the novella, recognizing in the musician the masculinity of Grillparzer, who “is able to venture everything, yet risks nothing because there is only truth in him”. In 1920, he sent the book to Milena Jesenská, not, he said, because the musician had a particularly great significance for him – although that had been the case years earlier – but because he was “so Viennese, so unmusical, enough to make you weep”. He was able to appraise the story critically when the occasion arose, even finding a great deal in it that was inaccurate, absurd, or dilettantish.

The girl wasn’t considered beautiful among my friends. They thought her too short; were unable to determine the colour of her hair. Some denied that she had catlike eyes, but all admitted the pockmarks. Only her sturdy figure met with their approval, but they called her coarse and one of them had a great deal to say about a boxed ear, which, he maintained, he could still feel eight days later. 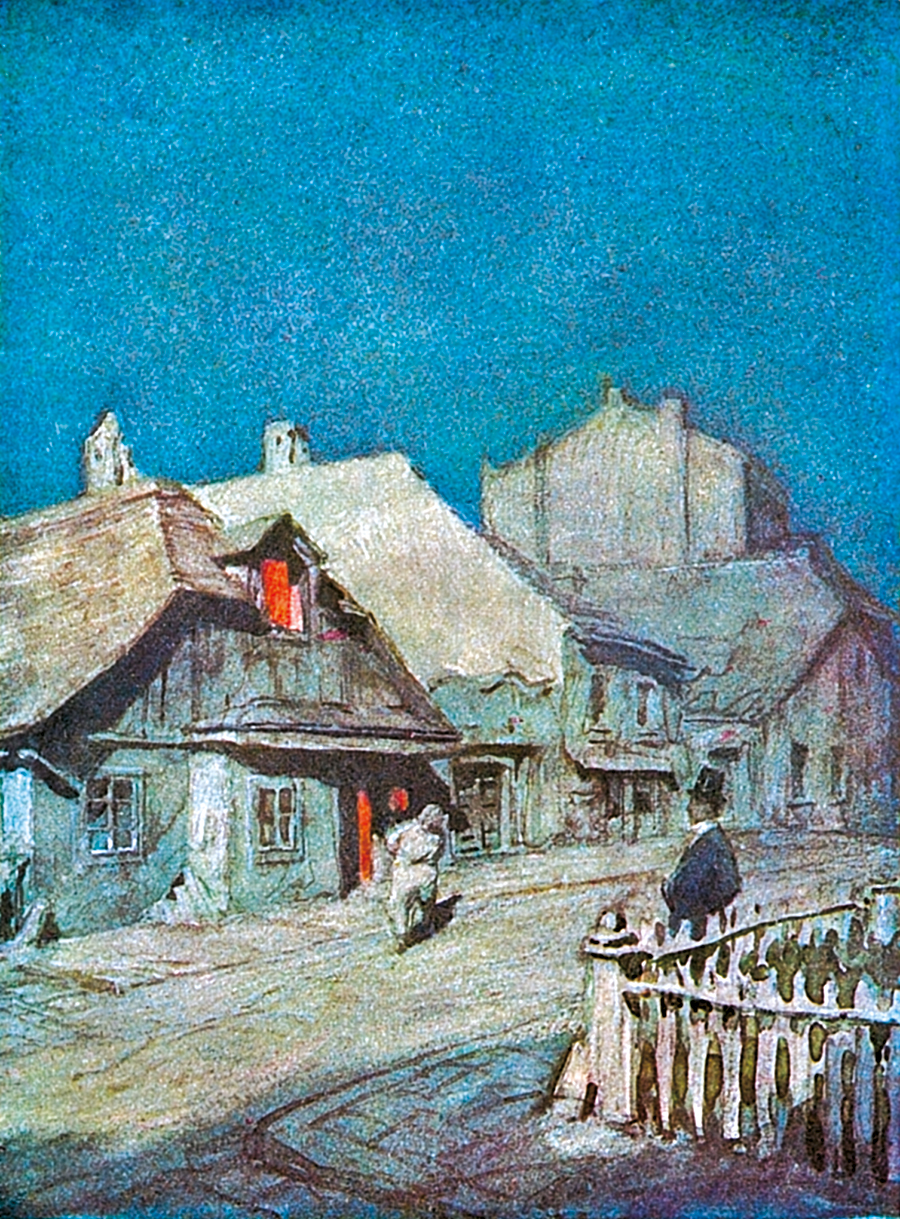 Illustration from “The Poor Musician” (after a watercolour by Franz Windhager)