At the turn of the century, Berta Fanta, the wife of a pharmacist, ran a literary and philosophical salon on the Old Town Square. Her guests included such famous figures of the time as Albert Einstein, Franz Werfel, Max Brod, and, from time to time, Franz Kafka. Here they discussed wise Indian sayings and spiritual ideas, debated Fichte, Kant, and Hegel and thrilled to the secret teachings of Helena Blavatsky. Else Lasker-Schüler also sometimes visited the salon as an honoured guest.

Incidentally, it was not only me on whom Kafka had the same characteristic effect. Kafka stood in high regard both in our circle and in the salon of Mrs Bertha [sic] Fanta, in which, amid the keen interest of the lady of the house, philosophy was discussed with precision. This was simply because of his character, occasional remarks, his conversation, for at that time nobody apart from me knew of his literary works.

Some people are like the wind and the waves for me; they refresh me, disturb the surface of my being for a while, and then disappear for ever. 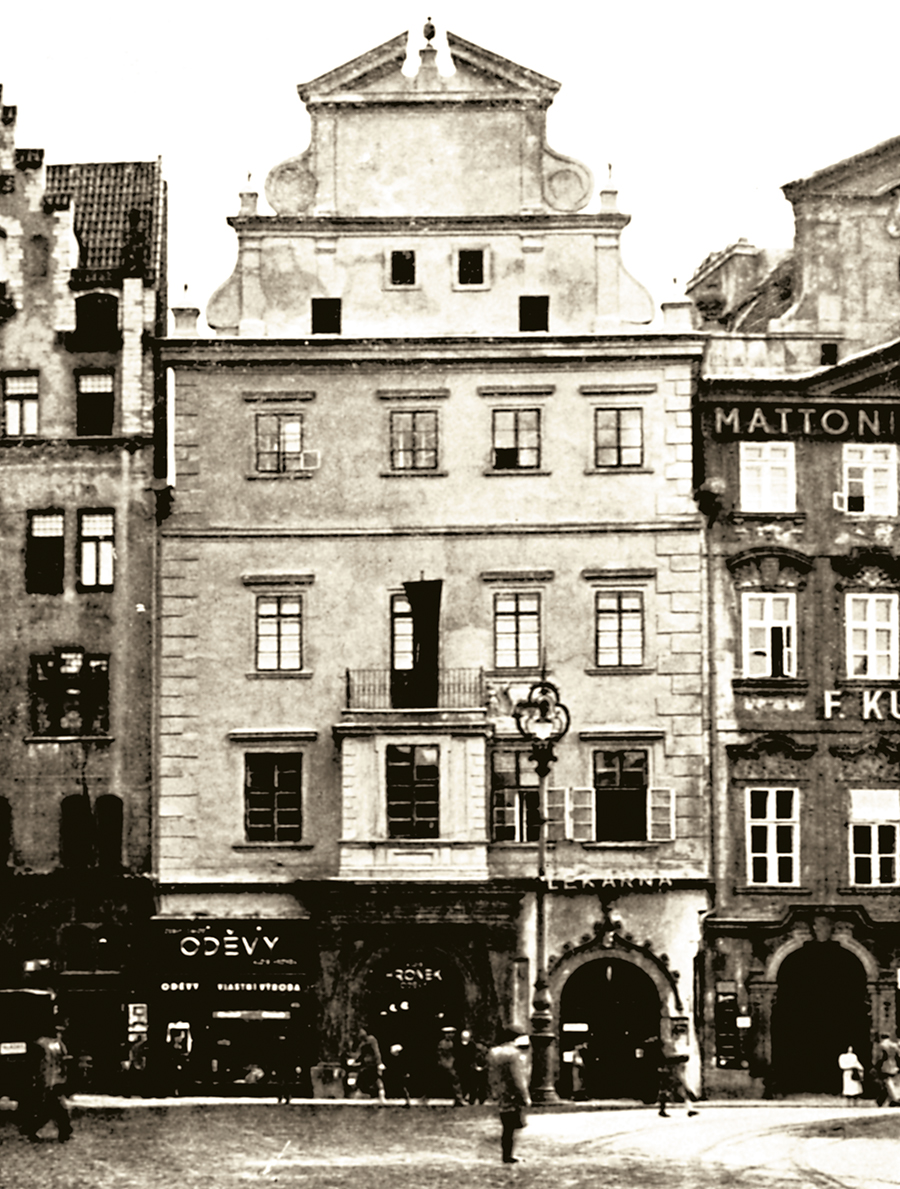 The Unicorn House and Fanta Pharmacy on the Old Town Square